Below are the ICGR Biographies of the Conference and Programme Chairs, Key Note Speakers and Mini-Track Chairs.

Dr Karen Jones serves as Associate Professor of Educational Leadership and Management at the Institute of Education (IOE). She is deputy director of the EdD – a professional doctoral degree in education, pathway leader on the MA Education and Chair of Ethics at the IOE. A large part of her role involves the supervision of doctoral students, whose research engages with diverse issues in countries as wide-ranging as Saudi Arabia, Oman, Kuwait, Ghana, China, Turkey and the UK. Her primary research interest is gender, women and leadership.

Dr Claire Collins is the Henley Business School Director of Diversity and Inclusion, the Academic Lead of the Army Higher Education Pathway and Director of the DBA Programme. She researches and teaches Leadership and Leadership Development with a special interest in Diversity and Inclusion, Quiet Leadership, Coaching Leaders, Leadership Derailment and Women in Leadership. She has experience of working with a variety of organisational and academic clients from the private and public sectors. Claire enjoyed a significant career outside academia before joining Henley in 2007. She has 20 years’ experience in the NHS, firstly in a scientific role and then in senior management in a large acute Trust, following which she became CEO of a London law firm. She has also enjoyed some years as an independent consultant and coach and combined this with being a Research Fellow at the Royal College of Nursing Institute before joining the faculty at Henley Business School. As part of her portfolio, Claire is an accredited and experienced Business Coach working with a wide variety of senior clients.

Dr Madeleine Davies is Professor of Women's Writing in the Department of English Literature at the University of Reading. She has published on 1960s television drama, modern drama, Daphne du Maurier and Margaret Atwood and her teaching focuses on Atwood, Woolf and the connections between writing, gender and identity. Currently, she is researching the intersection between the work of George Orwell and Margaret Atwood, and she is exploring the fraught debates around 'the gender wars'. In 2020 she is publishing a collection of short pieces edited with students enrolled on her 'Virginia Woolf' module and on the University's employability schemes: the book, A Room of Our Own: The Virginia Woolf Learning Journals, will be published on Dalloway Day 2020. Madeleine Davies is a University Teaching Fellow and has won several teaching and learning awards for collaborative excellence, teaching excellence, and diverse and inclusive teaching.

Dr Marina Della Giusta is Associate Professor in Economics at the University of Reading, which she joined after her doctorate in 2001. She was Head of Department from 2013 to 2016 and is now the Deputy Chair of the CHUDE committee of the Royal Economic Society and a member of both the Women Committee and the Communications and Engagement Committee, where she is promoting initiatives surrounding both the communication and teaching of economics and the advancement of women in the profession, both within and outside academia. Her publications are in the area of behavioural and labour economics, with particular focus on gender, stigma and social norms. She has published extensively in the economics of sex work. Recent work focusses on teacher interventions to redress disadvantage in education, the evolution of gender preferences and their role in individual and collective outcomes, and the use of both big social data and board games to understand economic behaviour.

Professor Grace James joined Reading Law School in 2002. She was awarded her PhD from the University of Wales, Aberystwyth, in 1999 where she also worked as a Research Fellow. Professor James was awarded a grant from the Nuffield Foundation to research pregnancy-related unfair dismissal litigation at employment tribunals in England and Wales and in 2007 she was awarded AHRC Research Leave to complete a monograph with regard to this work. In 2010, she was awarded AHRC funding to establish a research network to consider law's engagement with working families (Families And Work Network - FAWN - with Professor Nicole Busby at Strathclyde University). 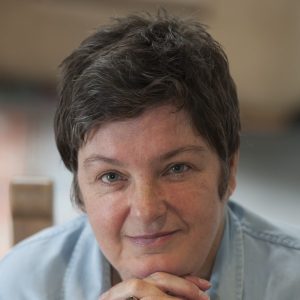 ﻿Julie Bindel is a journalist, writer, broadcaster and researcher and has been active in the global campaign to end violence towards women and children since 1979. She writes regularly for The Guardian newspaper, the New Statesman, Truthdig, the Telegraph, Sunday Times, and the Spectator. Julie appears regularly on the BBC and Sky News. She was Visiting Journalist at Brunel University (2013 - 2014) and Visiting Fellow at Lincoln University (2014 - 17).  Julie is co-founder of  Justice for Women, the Emma Humphreys Memorial prize. In 2015 Julie became a board member of SPACE International. Her latest book is The Pimping of Prostitution: Abolishing the Sex Work Myth (Palgrave, 2017). She is currently writing a book on feminism (Constable, Robinson, January 2021).

Heather Joshi is an Emeritus Professor at the Centre for Longitudinal Studies, UCL Institute of Education. She had been the Director of that Centre for from 2003 to 2010, and its Deputy Director from 1994. She is  currently the executive editor of the  journal, Longitudinal and Life Course Studies and Chair of the Section in the British Academy covering Sociology, Demography and related subjects. Heather is an economic demographer who has analysed a number of longitudinal datasets for the UK, principally the national birth cohort studies.  She has also been concerned with the creation and promotion of such datasets as resources for the academic and policy community. In particular she was the director of the Millennium Cohort Study, 2000-2011. She had previously become known for research on the impact of childbearing on women’s lifetime earnings (The Tale of Mrs Typical)  and  her investigation of the impact of maternal employment on child development  (The Myth of the Working Mother). Other research, mostly interdisciplinary collaborations, has touched on gender in the labour market, social mobility, child mental health,  residential  mobility and neighbourhood. Current projects include an investigation of the gender pay gap in British in data from British cohort studies, and another on  the interrelation of children’s cognitive development with their mental health.. Heather was awarded a CBE in 2015 for services to Longitudinal Studies and Women's Studies  (OBE in 2002).

Prof Francesca Maria Cesaroni is a Full Professor in Business Administration at the University of Urbino Carlo Bo. She teaches Entrepreneurship and Small Business and General and applied accounting. She is the Director of the Research Centre on Entrepreneurship and Small-medium firms – University of Urbino, Italy, and the Italian vice-president for ECSB-European Council of Small Business. She is also a member of the scientific board of Ipazia – Scientific observatory on gender issues. Her main research interests include entrepreneurship, women entrepreneurs, small business, family businesses and corporate financial communication.

Professor Carol Fuller is Professor of Sociology of Education at the University of Reading's Institute of Education, UK.. She is the School Director of Research and teaching in the areas of theory and research methods primarily to postgraduate students. Her research focuses on social justice, specifically concerned with issues of gender and socio-economic status and with a particular emphasis on identity construction, self-efficacy, resilience and aspirations. Her students come from around the world including China, Qatar, Malaysia, Saudi Arabia, Kuwait, Canada, Japan, Chile and the UK.

Professor Elisabeth T. Pereira holds a PhD and Master in the fields of Economics and Business Management. She is Assistant Professor of Economics at the University of Aveiro (Portugal), and senior researcher in the field of Competitiveness and Innovation at the Research Unit GOVCOPP-University of Aveiro. She is author of several dozen articles, books, chapter of books and communications at international conferences.

Dr Annalisa Sentuti, PhD, is a Research Fellow in Business Administration at the University of Urbino Carlo Bo. She teaches Business Administration and Accounting. Her primary research interests include small and medium-sized businesses, family businesses, corporate governance, female entrepreneurship. She is a member of the scientific board of Ipazia – Scientific observatory on gender issues.

Dr Victoria Showunmi is a Lecturer at University College London (UCL) IOE. Her research interests are gender, class, identity and race. She uses the research interests to interrupt educational leadership and gender politics/ well-being. . She has local, national and international experience in the area of gender and education. She is BELMAS Chair for conference and elected Member at Large for the Executive SIG for AERA. She is also holds a NEC seat for UCU.

Dr. Chris Turner has worked in two separate HE institutions for about twenty-nine years. He has published a variety of articles in the field of educational leadership and management, which specifically examine the key issues facing middle leaders in education in schools. He is currently a referee for three significant journals, one of which deals with professional development in education while the other two deal with general issues concerned with leadership and management.