The following are outlines for the Keynote Speeches which will take place at ECIAIR 2019.

Artificial intelligence (AI) appears frequently in today’s scientific, political, sociological, economic, and even philosophical discourses, and is already having a very significant impact in human societies. In this talk, I will give a historical perspective of the development of AI and machine learning, tracing its roots to the middle of the past century, and describing how its explosive development in the past two decades is closely and synergistically related to the generalization of Internet access, triggered by a radical change in the business model around access to information. I will describe several applications of AI, some of which raise ethical issues, which will be briefly overviewed.

Why do we need ethics and not just regulation in AI and robotics?

Robotics and AI will contribute to many beneficent, but also potentially damaging technologies as autonomous cars, autonomous weapons, brain-computer interfaces, facial recognition, scoring systems, deep fakes, etc. Ethics has to prevent their threatening misuses and to make them both more trustworthy and desirable. It has to deal with many dangers consecutive to the acquisition, the management and the processing of huge amounts of data that are, for a large part, constituted by personal data, but not only; it will also have to deal with the question of censorship of the data disseminated through social networks. However, as we shall show using concrete examples, to do so, it cannot rely on existing laws and juridical principles that have been written in previous epochs, where the world and the problems where very far away from our current digitized world. 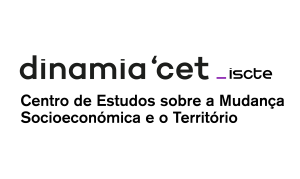