In this first Newsletter we explore the venues of some of our conferences as well as One of the new competitions launched this year.

We are arranging a number of pre-conference seminars and workshops on the day before conferences. These will be Masterclasses either in the subject of the Conference or on some aspect of Research Methodology and Research Practice. We are offering a wide range of these events and are open to further suggestions.

For 2016 conferences we have the events already arranged:

If you are interested in offering such an event do get in touch with Dan Remenyi at dan.remenyi@academic-publishing.org 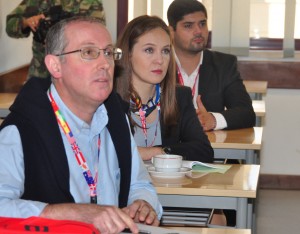 Spring in the Venice of the North

St Petersburg, with its myriad of canals is often described as the Venice of the North. The situation of the city in the lowlands along the Neva Bay has lead to its watery landscape.

The Saint Petersburg State University of Economics, who is host of the International Conference on Management Leadership and Governance this year, is located alongside one of the main canals. With contributions from more than 35 different countries the conference promises insight to the way of management, leadership and governance around the globe. The conference is on the 14-15 April and assistance is provided by the university for registered participants needing visas.

Development of young entrepreneurs is receiving much greater attention across the world. Businesses and universities alike are investing resources into a vast range of start-up businesses being spearheaded by young people. Whilst many of these are offering financial backing to early start-ups others are supporting young entrepreneurs though other means of mentorship and training.

The International Conference on Innovation and Entrepreneurship – which is being hosted by Ryerson University in Toronto on 28-29 April is host to the inaugural International Youth Incubator Awards. With more than 30 entries, the judges found it difficult to select 15 entrants to submit full case histories of the incubator development. We look forward to seeing the finalists present at the conference.

Where would you like to be for St Patrick’s Day?

You could join the International Conference on Cyber Warfare and Security which is being held at Boston University on 17-18 March this year. Boston is often referred to as the most Irish city in America and it plays host to one of the world’s largest Saint Patrick’s Day Parades in the world which has been happening every year since 1762. In the state of Massachusetts, 17th March is also Evacuation Day which is a celebration of  the day in 1776 when British troops ended their occupation of Boston. During the Weekend following 17th March the city plays host to a range of events from pub crawls to traditional Irish music to celebration football games. Something for everyone, just be sure to wear green!

The conference promises a stimulating range of topics for discussion including critical infrastructures, digital forensics and psychological warfare to mention only a few. Keynote presentations will be given by Neal Zirig from the Information Assurance Directorate (IAD) at the NSA and Daryl Haegley from Control Systems Cybersecurity. 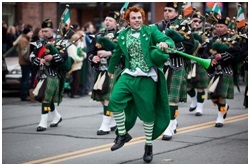 Research video of the month

One of the things the famous 20th century scientist Richard Feynman is reported to have said was that perhaps the most challenging aspect of research is finding really good issues to research and there is no doubt that this is very important.

This topic has been taken on directly by Stephen Johnson in this short video “WHERE GOOD IDEAS COME FROM”. The video is a 4 minute synopsis of Johnson’s 300 page book using the moving hand technique to illustrate his ideas.

The video is both entertaining and quite informative.

It is also very pleasing to see that Johnson is able to summarise his book with one highly focused expression i.e. Chance favours the connected mind. What an interesting way of expressing a sophisticated and engaging thought.

The video is a worthwhile watch for any researcher.